After multiple delays, the publication of the EU Sustainable Corporate Governance initiative is expected in the coming weeks. It is a major opportunity for the EU to lead in a new era in responsible business conduct. Part of this EU level initiative is to make it an obligation for companies to conduct human rights and environmental due diligence in their own operations and supply chains.

a defining moment in business and human rights

It is a defining moment in business and human rights, potentially crystallizing into law a process aimed at preventing human rights abuses introduced by the UN Guiding Principles over a decade ago.

The run up to this proposal has been intense, with complex negotiations reportedly including whether the proposal will cover due diligence and additional directors duties, or be primarily about due diligence with some related provisions concerning directors’ oversight, and also whether it would or would not include provisions regarding goods made with forced labour.

Concerning due diligence, the major themes are around its scope, meaning to which size of companies will it apply; depth across supply or value chains; and whether it will include both administrative and also civil liability. Another aspect is whether environmental provisions will extend to climate impacts. For more discussion, see the Business and Human Rights Resource Centre and our previous updates.

The need for an EU level framework to harmonize due diligence obligations has become more pointed with new due diligence laws coming into force, including in Germany and Norway. In multiple other countries, there are legislative proposals or campaigns for due diligence laws at national level, as the European Coalition for Corporate Justice has been tracking. 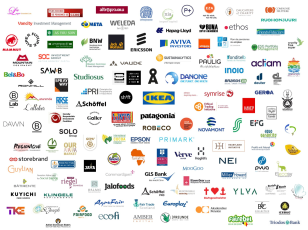 Business has been adding its voice. Last week, over 100 companies, investors and business associations issued a statement supporting effective EU legislation on mandatory human rights and environmental due diligence. They include larger organisations such as Danone, Ericsson, IKEA, and Primark, investors, and also many smaller enterprises committing their support.

Their statement urges the Commission to bring forth a proposal which reflects five principles. In summary, the first is to include the widest possible range of businesses within an EU framework, with implementation consistent with principles within the UNGPs. The second principle on scope recognises, inter alia, that severe harms may occur many tiers down supply chains, appropriate action may vary, and that there is a continuum between contribution and linkage to an impact. The third stresses that there are many avenues which could be adopted by companies to proactively engage with their business and partners in conducting due diligence, as opposed to a lens managing via audits. Really listening to those who may be affected, the people who experience negative impacts, is at the centre of the fourth principle. Finally, there must be legal consequences, in order that in practice due diligence will be conducted to a high standard, and access to remedy is available to those impacted if harm occurs.

Separately, a joint position paper from a coalition in cocoa including Nestlé, Ferrero, Mars Wrigley, Fairtrade, Rainforest Alliance which states that ‘the introduction of mandatory EU-wide due diligence legislation can have a positive impact in
driving the necessary transformation of the cocoa and chocolate sector.’

Recent polls indicate wide support for corporate accountability. A YouGov poll commissioned by the European Coalition for Corporate Justice (ECCJ) and other NGOs conducted across 9 EU countries shows over 80% want strong laws to hold companies liable for overseas human rights and environmental violations. A poll conducted by the Irish Coalition for Business and Human Rights shows 81% of Irish people want legally binding regulations in Ireland for Irish companies acting unethically in low-income countries. Only 11% believe Irish companies should be able to self-regulate and apply their own standards.

We hope you enjoyed this update and continue to watch this space!

One response to “Incoming: EU Commission Proposal on Human Rights and Environmental Due Diligence”